EU Russia sanctions - CEO-only sanctioning: what does it mean?

There is at least one US precedent of sanctions enforcement in the case of a disconnect between full designation of the CEO and sectoral targeting only of the corporate person, which occurred under the first generation of US Ukraine-related sanctions adopted in 2014. Igor Sechin was designated in the US as a SDN pursuant to Executive Order 13661 of 28 April 2014, while Rosneft was placed under sectoral sanctions only by Executive Order 13662 of 14 March 2014. At some point in May 2014, ExxonMobil happened to enter into eight legal documents relating to oil and gas projects in Russia, which were signed by Igor Sechin himself as representative of Rosneft. In a 2017 enforcement notice, OFAC indicated how they approached this situation [4]. The general principle of US blocking statutes (like in the EU) is that they prohibit US persons from entering into virtually all transactions with SDNs. ExxonMobil’s defense was that they had understood from various press releases and statements by US Treasury representatives that a distinction could be made between Sechin’s « professional » capacity as chief executive of Rosneft, and his « personal » capacity outside of that role. OFAC did not accept this argument, stating that the language of the executive order did not include any exception or carve-out for the professional conduct of designated or blocked persons. They also pointed to FAQ number 285 (issued in 2013) which, according to them, signaled that the signing of a contract with an SDN would be viewed by OFAC as « prohibited even if the entity on whose behalf the SDN signed was not sanctioned. » ExxonMobil was accordingly found by OFAC to have breached EO 13661 and received a fine of 2 million US dollars. While US precedents are not technically authoritative for intepreting EU or French law, this precedent is nevertheless of interest.

Interpretation under French and EU law

EU regulations introducing restrictive measures pursuant to the Common Foreign and Security Policy (CFSP) are directly part of the domestic legal order of all member states. In France, penalties for violation of the measures are found in the customs code; they include prison terms (of maximum 5 years), confiscation and fines[5]. Control and investigations are placed under the authority of customs officials, treasury officials and officers of the judicial police.[6]

The statutory sources of the Russia-Ukraine sanctions in the French legal system being the EU regulations themselves, most of the guidance on how to interpret them is issued in Brussels. There are, however, a few French administrative comments in connection with the notion of « control » between persons, which will be mentioned below. At this point in time, we are not aware of any French court decision having interpreted these restrictive measures.

If, similar to the ExxonMobil precedent in the US, Messrs Sechin or Kostin are directly involved in the negotiation of a transaction, and if they are the individuals actually signing the contracts, it is likely that this will be viewed by the French authorities as falling afoul of the prohibition. The more tricky question concerns contracts or transactions that do not involve the participation of these highly-placed individuals in the corporate structure, e.g. that are signed at much lower levels of the organisation (or in subsidiaries), and that do not bear the personal signature of a designated person. Here, the test is to determine whether the designated person might « indirectly » benefit from the transaction, because it is considered to personnally « own » or « control » the non-designated entity. « Ownership » is defined by the EU authorities as the possession of more than 50% of an entity , or a majority interest in it:[8] this test will not be satisfied in the cases of Messrs Sechin and Kostin vis-à-vis Rosneft or VTB. « Control », on the other hand, involves a composite set of criteria on the basis of factual circumstances; the central question being whether Messers Sechin or Kostin are « able to and effectively assert a decisive influence over the conduct of » Rosneft or VTB respectively.[9] These criteria were most recently specified by the EU Commission in a formal opinion dated 8 June 2021 regarding Article 2(2) of Regulation 269/2014. They are reviewed below.

The French authorities have given their own administrative guidance on the perimeter of assets (« avoirs ») considered to be « owned, possessed, held or controlled » by a designated person[11]. « Control » is either by law or deduced from the facts. Control by law is that established by a norm, for example a corporate contract, pact, agreement or law (in which case it is not necessary to determine whether control is effectively or actually exercised in practice). « Factual » control is when a person has, in practice, the power to benefit from all or part of the characteristics of property rights, i.e. usus, fructus and abusus. The French guidance then refers to tests of control as between corporate entities that are set out in the French commercial code[12], which are all based on percentages of ownership of charter capital and voting rights.

All of these criteria, whether in EU doctrine or in French doctrine, address situations where one seeks to establish whether two separate legal persons are in a control relationship. They are not well suited to analysis of control by a corporate officer within a corporate body. Under standard Russian rules of corporate governance, one might take the view that EU criteria 4. (influence on corporate strategy and management) and 5. (commercial conduct) will prima facie always be satisfied. Criterion 2. (use of assets) might also be satisfied. Criterion 1. (appointment and removal of members of management organs) will not, as these are typically shareholder prerogatives, nor will criteria 3. and 6. If there is to be a test of individual signature (or not) by the designated person, enforcement agencies will know that under Russian corporate law, all signatories on behalf of a corporate person must act on the basis of a power-of-attorney that is signed by the chief executive (either the general director or the chairman of the executive board). For Rosneft therefore, a signature test that includes delegated signature may end up capturing all transactions entered into by the corporate person. Under these combined tests, it seems likely that Igor Sechin will be found to have control over Rosneft. For VTB, the analysis is somewhat different, for the chairman of a Russian board of directors does not normally possess executive authority akin to that of the general director or chairman of the executive board; yet, control under several of the criteria may still be found to exist.

One must look therefore to the safe-harbours that were also expressed by the Commission : « if ownership or control is established on the basis of appropriate due diligence, the making available of funds or economic resources to non-designated persons [...] will in principle be considered as making them indirectly available to the latter, unless it can be reasonably determined, on a case-by-case basis using a risk-based approach, taking into account all of the relevant circumstances, that the funds or economic resources concerned will not be used by or be for the benefit of that designated person ».[13]

In other words, before entering into any negotiation or transaction with VTB or Rosneft (which will anyways need to be compliant with the targeted restrictive measures of Regulation 833/2014), French (or EU) operators will need to clearly establish why they believe that the transaction will not, in any way, indirectly benefit Mr. Sechin or Mr. Kostin respectively. In compiling this evidence, they will need to look into the specific circumstances of the transaction (purpose, financial magnitude, duration etc.), the general rules of Russian corporate law and governance, relevant internal regulations of the Russian corporate structure, perhaps even modes of compensation of corporate officers (including the designated person). Their objective will be to establish whether (or not) there is sufficient distance between the designated person and the activities being contemplated by the French or EU person. This is likely to be a complex and perilous task. In light of the risks incurred (which include penalties of imprisonment, confiscation or fines), it will require considerable due diligence and caution. Risk-adverse EU corporations will perhaps prefer to stay away altogether and not engage in this high-risk exercise. It would perhaps have been simpler, in these circumstances, to directly designate the two corporate entities, as indeed was done for VTB in the US and UK.

Alternatively, if EU policy-makers were to decide that it is not desirable, nor was it their intention that all transactions with Rosneft and/or VTB be deterred, perhaps the EU Commission or Council will provide EU operators with additional clarifications on how best to approach this regulatory disconnect.

A few days after the publication of this blog, the EU introduced a full prohibition on all transactions with Rosneft other than "transactions which are strictly necessary for the purchase, import or transport of fossil fuels, in particular coal, oil and natural gas" (Regulation (EU) 2022/428 of 15 March 2022 amending Regulation (EU) 833/2014, to which it added a new article 5aa). For Rosneft, the question of CEO-only (or top-officer-only) sanctioning is therefore moot. However, it remains relevant for many other Russian state-owned or privately-owned entreprises (for example, without limitation, VTB, Severstal, Eurochem, Uralchem, Rostelecom, Aeroflot, Rusnano, Rusnano, Vkontakte, Sibur or Mechel).

[1] « Designation » in this note means inclusion of a person on a full blacklist, in this case Regulation 269/2014, as opposed to the placement of a person under limited sanctions only (for example under Regulation 833/2014 restricting certain types of activities only). « Designation » or « blocking » are commonly used interchangeably.

The Use of Offshore Companies in Emerging Market Economies: A Case Study, Columbia Journal of European Law, Vol. 23, 2017.
https://heinonline.org/HOL/LandingPage?handle=hein.journals/coljeul23&div=16
https://papers.ssrn.com/sol3/papers.cfm?abstract_id=2947110 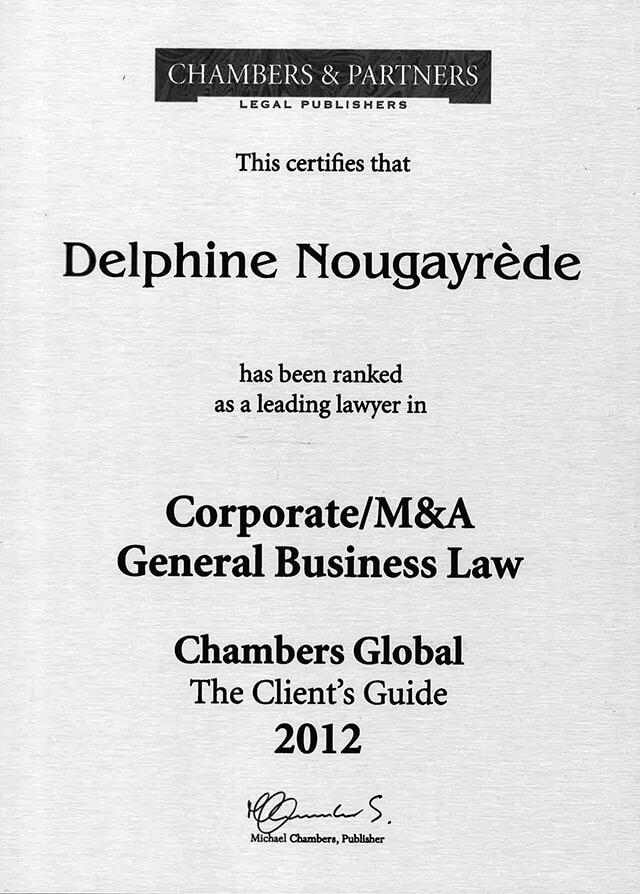 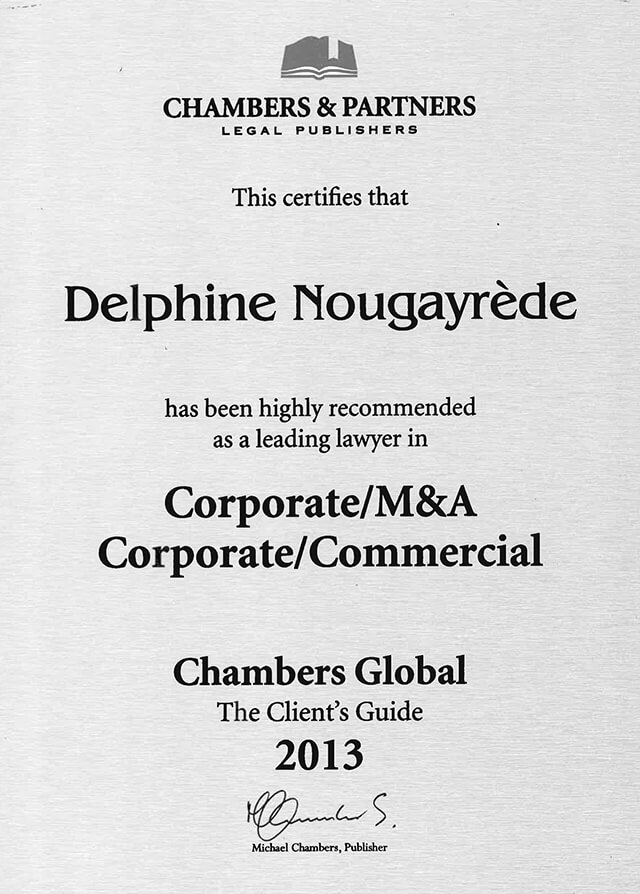 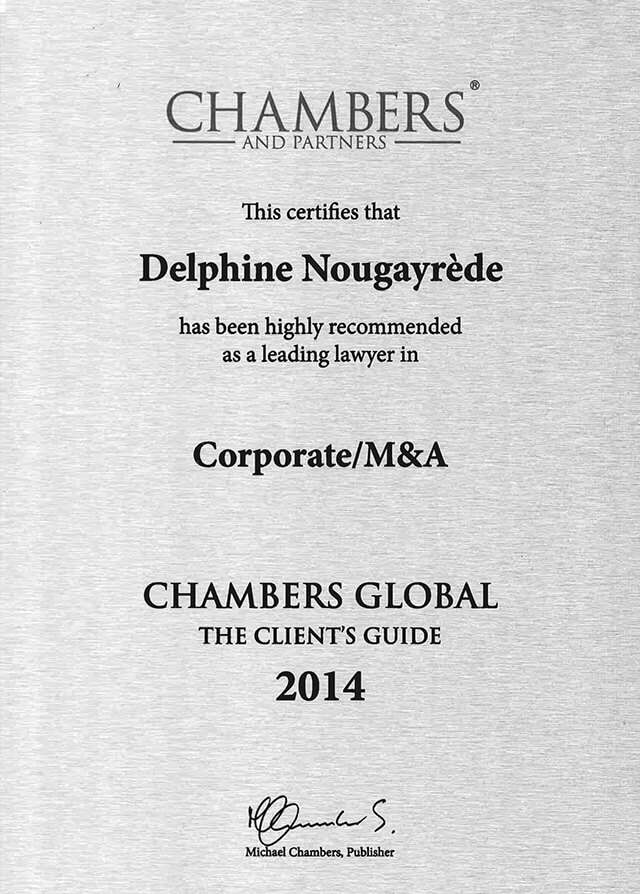 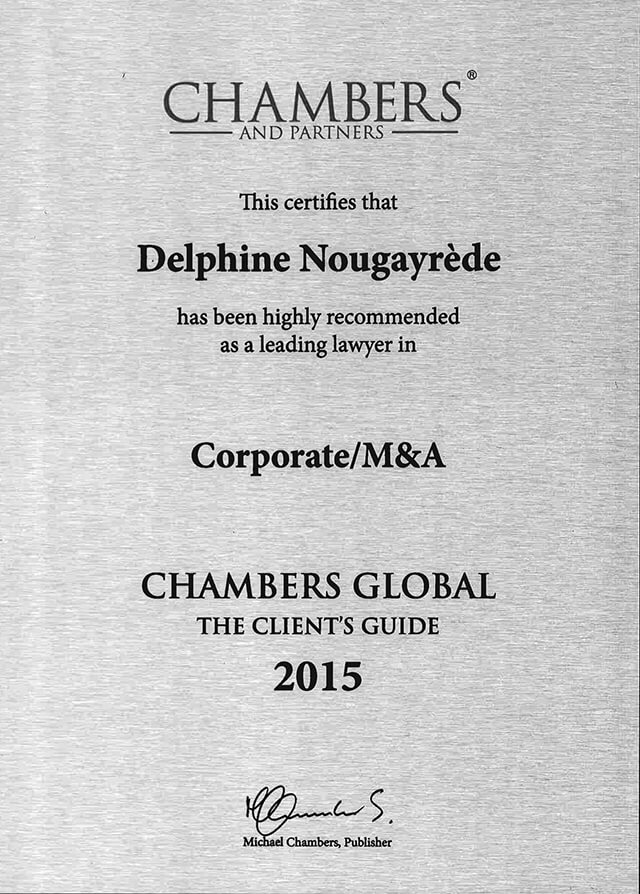